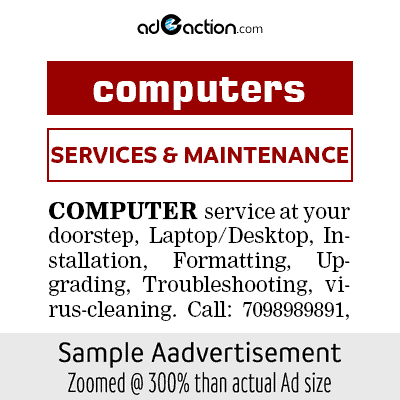 Q: When I have to make payment for Eenadu Computers Ad in East Godavari Newspaper?

A: You have to make the payment after composing the Newspaper ad in Eenadu Computers Ad in East Godavari newspaper. You can pay via Google Pay, Phone Pay, PayTm, UPI, Wallet, and Debit Card, Credit card. Also, Net Banking is available for most of the banks. You can book any Classified Text ads online.

Q: Which newspaper is the best to publish Computers Ads in East Godavari city?

Q: What is the official contact number for Eenadu Computers Ads for East Godavari city?